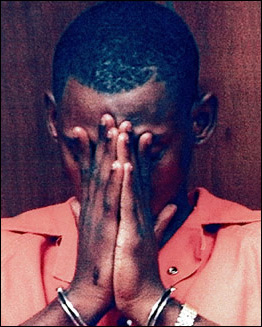 The New Jim Crow is a stunning account of the rebirth of a caste-like system in the United States, one that has resulted in millions of African Americans locked behind bars and then relegated to a permanent second-class status—denied the very rights supposedly won in the Civil Rights Movement. Since its publication in 2010, the book has appeared on the New York Times bestseller list for more than a year; been dubbed the “secular bible of a new social movement” by numerous commentators, including Cornel West; and has led to consciousness-raising efforts in universities, churches, community centers, re-entry centers, and prisons nationwide. The New Jim Crow tells a truth our nation has been reluctant to face.

As the United States celebrates its “triumph over race” with the election of Barack Obama, the majority of black men in major urban areas are under correctional control or saddled with criminal records for life. Jim Crow laws were wiped off the books decades ago, but today an extraordinary percentage of the African American community is warehoused in prisons or trapped in a parallel social universe, denied basic civil and human rights—including the right to vote; the right to serve on juries; and the right to be free of legal discrimination in employment, housing, access to education and public benefits. Today, it is no longer socially permissible to use race explicitly as a justification for discrimination, exclusion, and social contempt. Yet as civil-rights-lawyer-turned-legal-scholar Michelle Alexander demonstrates, it is perfectly legal to discriminate against convicted criminals in nearly all the ways in which it was once legal to discriminate against African Americans. Once labeled a felon, even for a minor drug crime, the old forms of discrimination are suddenly legal again. In her words, “we have not ended racial caste in America; we have merely redesigned it.”

Alexander shows that, by targeting black men through the War on Drugs and decimating communities of color, the U.S. criminal justice system functions as a contemporary system of racial control, even as it formally adheres to the principle of colorblindness.

The New Jim Crow challenges the civil rights community—and all of us—to place mass incarceration at the forefront of a new movement for racial justice in America.

Click here to read an excerpt from the Introduction.

“The New Jim Crow offers a devastating account of a legal system doing its job perfectly well. We have simply replaced one caste system with another one.”
—Forbes Magazine